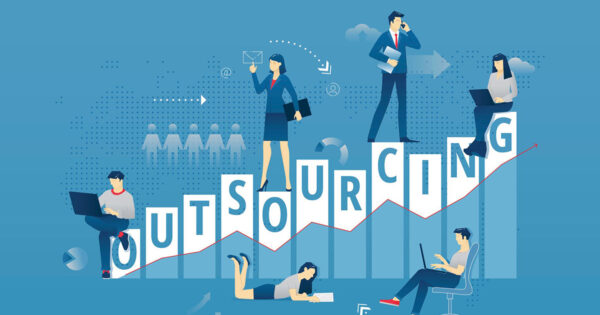 It’s no secret that businesses continually look for ways to save money. Every dollar, penny, or euro counts in these tough economic times. And a way companies can save money is by outsourcing specific tasks to reputable it managed services providers. Outsourcing can be a great way to reduce budgets, but it’s essential to do your homework before deciding. Here are some points to consider when looking for an outsourcing opportunity:

Make sure the managed IT service provider has a good reputation. You can go from recommendations made verbally or online. A website will often show feedback from satisfied customers and let you know what kind of experience they had working with a particular IT provider. Their business may be different, but the type of service received will be a good indication if they fit your company.

Outsourcing is not something to go into lightly because there are a lot of providers out there to choose from, and you want to be sure that you are entrusting the right people with your IT system. Staff will be relying on it working efficiently, as will your customers. Although, you may find that your computer systems work more efficiently under the outsourcing arrangement, which justifies why you ended up going for that option after consulting everyone.

Be Clear on Outsourcing Needs

Be sure about what tasks you’re outsourcing. Have a detailed plan before contacting someone about managing your IT services. You may start with a longer list and then narrow it down to what your business can most benefit from.

For a good strategy, you might consider trying just one IT service to see how it can work for your business rather than outsourcing everything at once. Many companies will gradually outsource as they discover the benefits to different areas of their operations. The main benefits are, of course, the time a company or smaller organization can save to focus on other areas of the business as well as the cost savings associated with not needing to hire so many of their staff to handle IT. Many of these costs will relate to training as technology advances in this area.

Check on Competency of Provider

Make sure the managed IT service provider can meet your needs. It may be that some providers are better at providing certain IT services compared to others. For instance, if you are looking for web design particularly, ensure that those managing your IT have plenty of design experience from having worked with many companies and the websites that are important to them.

Get Quotes in Writing

Obtain a managed IT services quote in writing. This will allow you to see precisely what you are getting for your money when it comes to saving on what it could otherwise cost hiring staff within. Also, it clarifies what is covered in terms of the kind of IT options the service extends to. It may be that you only outsource some of your services. Whatever works best for a particular business is what you should go with. Know what is excluded from the contract.

Always compare managed IT services quotes from multiple providers. That way, you can ensure you get the best price for the outsourcing services your business requires. Online will allow for direct comparison as long as you provide, you get like-for-like with each one.

Outsourcing can be a great way to save money, but it’s essential to do your research and make sure you’re making the best decision for your business. Consider these points when looking for an outsourcing opportunity, and you’ll be on your way to finding the right managed IT service provider for your needs.

You might be working developing the best idea ever. You code days and nights until you get your app working like it’ocial media supposed to. But suddenly you hit a roadblock. You want it to have the best look and feel possible, but you’re not really a designer.

Or perhaps you might be designing the best WordPress theme, but you have no idea how to market it. Will it gain traction just for its inherent qualities? Maybe. Maybe not. If you were an expert at social media marketing, too, then maybe you stand a chance at competing with the already-established premium themes out there.

If you’re working alone, then chances are you might not always be able to take care of all aspects of development. I know some crack developers who, time and again, have sourced out part of their projects to other developers and designers. Some would assign projects on a per-module basis, and then assemble these into a bigger project once complete. And since I opened my own SEO company with a few partners, I’ve handled a few inquiries for various jobs, like back-end development, theme design, marketing or content. It’s a matter of filling in for expertise that other people might need.

In some cases, it would cost you a lot of money to have experts do the work for you. I know designers who charge thousands of dollars just for a WordPress theme. But then again, I know some who would be happy to do a theme for $500 or less. The lower end of the pricing scheme is usually a result of being situated in places with lower costs of living. I know this for a fact, because I enjoy this situation myself. Compare Tokyo, New York and Manila. $500 goes a long way in Manila, but would only get you a few lattes and sandwiches in New York, and probably an order of sushi and sake in Tokyo. Okay, maybe I’m exaggerating here, but my point is that cost of living is relatively cheaper in some places.

Sometimes it’s a question of quality. Would you entrust programming and design work to people overseas? More importantly, would you entrust these to people who are complete strangers? And sometimes there are quirks and nuances that you have to consider. Is someone living in Mumbai familiar with the colloquialisms used by someone living in the west coast USA? This might not be an issue when you’re paying someone to convert your PSD graphic into CSS. But if you’re ordering articles, blog posts or other content, this would play a big part, especially if you’re building content meant to be read by humans (rather than, say, search engines).

Have you considered outsourcing development? It might be a good business move, but only if you can do it right. Outsourcing does not mean you can just pass on a task to someone else in its entirety, without much monitoring and interaction. Similarly, micromanaging outsourced work would be too much work for you, that you would probably be better off doing it yourself. Strike a balance. Build trust and keep communication lines open.

Have you outsourced development work before? Share your experiences.

Brian Clark and Jon Morrow from Copyblogger recently released a new ebook, The Outsourcing Conspiracy. It’s a quick read (only 31 pages) and you don’t have to give your email address to get the pdf file.

They highlight these five obstacles.

Brian and Jon believe that partnering is the solution.

By partnering, they mean working with other individuals to create profitable products, services, and ultimately businesses.  While outsourcing is paying others to work for you, partnering is working with other gifted people and sharing equity with them in the business.

There are many benefits to partnering.  In fact, the benefits actually overcome the obstacles of outsourcing.  Here is how Brian and Jon explain it.

Of course, with partnering, you have to bring something to the table.  You need to prove your work ethic and your competence in your role.  And if you’re looking for partners, you need to have a good idea for a project to attract quality partners.

If you’re at all interested in creating a successful small business or you have your own business and want to improve it, I highly recommend The Outsourcing Conspiracy.

In my next post, I’ll talk about some practical examples of partnerships.

I found a very interesting idea by Tim Van Damme, which examines the possibility of a service that fixes nothing but Internet Explorer 6 bugs, much like the slicing/PSD-to-HTML niche that’s grown in popularity over the past years.

I guess that’s how troubling IE6 has been to us. Who here hasn’t delayed fixing up websites to make them work properly in IE6 until the very last minute? Who here hasn’t cursed IE6 and Microsoft (and even Bill Gates) a million times? Who here can’t relate to the (humorous) pie chart below?

Clearly there are problems with such a service, like how it’s too specific and biased against a single browser version—surely there are other browser bugs a web developer must pay attention to. And how letting others do the bug-fixing for you might bring about even more complications and wasted time anyway.

Never mind how long this business will actually last. It still begs the question of how to deal with cross-browser compatibility the right way. And the answer is, it really depends from site to site, company to company, audience to audience. Some things to consider:

I think Kai said it best, it’s “a business idea that shouldn’t have to be one!” But it still makes for an interesting discussion. When you’re faced with stumbling blocks while developing for IE6, what would you rather do, roll up your sleeves and do the dirty work yourself, or ship it off elsewhere?