A small team that uses the right web tools and services can achieve the same results as medium and large teams.

We reviewed 50 web tools and services that are known to effectively help businesses of all sizes. Expect to see solutions like the following: END_OF_DOCUMENT_TOKEN_TO_BE_REPLACED

Are you hoping to launch your online business soon? Need some help to make sure everything’s in place? Here’s a list of 50+ web tools and services that can help you finalize details. END_OF_DOCUMENT_TOKEN_TO_BE_REPLACED 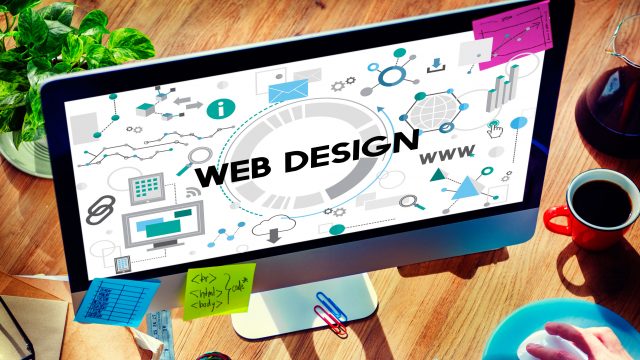 Web design is a competitive industry. Even when web designers make bespoke websites for paying clients, they want their site to look better than anything that any other designer could have come up with for the same site. They also want the finished product to look better than the majority of websites that operate within the same sector. Designers take pride in their work just as surely as any other creative artists do, and because of that, trends develop.

Web design trends happen because designers go in search of trademark flourishes or pieces of individual flair. When other designers notice them and copy them, a unique design can quickly become a trend. That’s great because it’s how the industry moves forward, but it’s not so great when the trend isn’t helpful to the people who visit the finished site. In these cases, the trend should be identified and stamped out as quickly as possible.

We’ve seen it said elsewhere that there’s a web design arms race happening at the moment. We think that’s probably a little dramatic, but it’s certainly true that there are many competing ideas out there in the web design world at the moment. Not all of them will survive – and not all of them deserve to. This is just our opinion – you’re welcome to form your own – but in our eyes, these are the current web design trends that should be gone by the end of 2021.

It might be acceptable to use a retro font to sell a t-shirt or to make a logo for your band. It’s less acceptable to use one in the world of business, and yet an increasing number of designers are trying to make old-fashioned fonts cool again. We’d love them to stop. It’s a well-established fact that Comic Sans is the worst font in the world. We’d like to have Saveur Sans officially recognised in second place. It might work for old-world cafes in small towns, but it shouldn’t be used when you’re trying to sell me a modern business idea on the internet in the 2020s. We invented new fonts because the old ones weren’t working anymore. Let’s use them. In fact, let’s come up with more. Stop trying to squeeze more blood out of old typography.

We accept that minimalism was cool for a while. We even used it ourselves occasionally. If we were to be charitable, we’d even say that it ought to be possible to make a good minimalist website now. The problem is that people have gone too far with the idea. It’s one thing to have a clean, tidy website free of distracting clutter and images. It’s quite another to use only two colours and give most of the screen away to white space. Nobody’s going to be impressed by the minimalist chic of your website’s aesthetic if they can’t find the menu button anywhere. Years of experience have taught us that people go elsewhere if they can’t see what they’re looking for within three seconds of landing on a web page. If your minimalist design makes that task impossible, you’re favouring form over function. That’s probably not what your client wanted from you.

Stop this at once. Since the dawn of the internet, we’ve all come to understand that scrolling happens vertically. It’s too late to change that. Vertical scrolling is the natural order of things and shouldn’t be tampered with. Try to find an online slots website that uses horizontal scrolling. We’ll save you the bother of looking – you’re not going to find one. That’s because online slots websites know how to make money, and they know that a design that requires customers to scroll sideways is going to cost them. You can learn a lot about web design from studying online slots sites because they’ve mastered the art of connecting visitors with content in an instant, and horizontal scrolling isn’t part of that. If Rose Slots CA listed its collection of slots sideways rather than top to bottom, it wouldn’t be as successful as it is. When you use horizontal scrolling, you run the risk of visitors not even being aware that there’s additional content to the left or right of what they can see. That makes it a failed exercise.

You might have noticed that every major app and website has introduced a ‘dark mode’ in the past year or two. If we were cynics, we’d say that the internet has introduced dark mode for dark times. We’re not, though, so we’ll just point out that it’s a good thing. Dark mode is kinder on the eyes – doubly so when you’re browsing the internet late at night. That makes it unpleasant when you switch from a dark website or app to a blinding white website or app. Some people prefer to keep things bright, but they should at least be given the option. We have no idea why some designers insist on keeping things as bright as possible, but it’s not a choice that should be forced on anyone. Compromise on your vision. Use bright colours as a default setting if you must, but let people turn things down if they want to.

We want to have serious words with whoever invented this. A website should have a top and a bottom. Every page on that website should also have a top and a bottom. A visitor might have a good reason for wanting to find the bottom of your page. They might be expecting to find your contact information down there. Perhaps they’re looking for your social media information or a navigation map for the rest of your site. It’s frustrating for them when new content automatically loads every time they think they’ve reached the bottom. It’s also incredibly lazy coding. If you want to give people the option of seeing more content on the page they’re currently on, do it via a button. Assuming they’re happy to keep scrolling forever is bad manners and bad design.

If we could do away with the five trends we’ve mentioned above, we think the internet would be a better place. It’s too early for this to be a Christmas wish, but if the web designers among you could take note of our requests regardless, we’d be very grateful!

There’s a reason websites like Udemy, Master Class, and Coursera are popular learning platforms despite their imperfections: they’re user-friendly. The process of registering for a course, accessing that course, and bookmarking segments is easy. Master Class, in particular, has an extremely user-friendly interface for communicating with other course participants.

Although these platforms are intended for simple instruction, online universities can learn much from the way they work. The interface designs are modern, smooth, and intuitive. The graphics are pixel-perfect, and modules are indexed within a clickable navigation system. Compared to these learning platforms, university platforms are due for an upgrade. END_OF_DOCUMENT_TOKEN_TO_BE_REPLACED

Web designers looking to grow their business or increase their value when working in a larger organization know the value of understanding strategy. Hard skills are important, but understanding why things are done a certain way, what’s worked in the past and why, and where things are headed in the future, can help you provide more value to clients and build your business or climb the ranks within a larger organization.

Digital marketing strategy is an important area to focus on when it comes to providing value to clients. Their interest in hiring web designers is to grow their businesses and understanding digital marketing strategies and to communicate them to your clients will help you explain why your work and ideas are important, how they benefit the client, and why they’re worth more. Here are five areas of digital marketing to introduce clients to that will prove your worth. END_OF_DOCUMENT_TOKEN_TO_BE_REPLACED