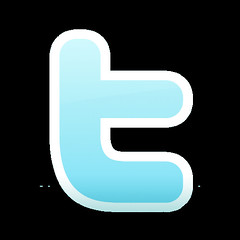 One of the trending topics on Twitter lately is the #moonfruit hashtag. If you’re aware of Moonfruit, you probably know about their promotion to give away 10 MacBook Pros to random people who mention the hashtag–one each per 24-hour period. So far a lot of people have participated, and the topic has been among the top mentioned. Who wouldn’t want a free MacBook Pro, after all? I, myself, joined in.

But apparently, promotional campaigns like this don’t sit very well with the folks from Twitter, who seem to have taken off the #moonfruit hashtag from the trending topics list, even if it’s still, to this time, a popular mention on Twitter. Hashtags.org says it’s about three times as popular as other trends this week, even surpassing other, probably more relevant, topics like the Iran Election and whatnot.

I often tell people that I think the best way to market on social media is by really connecting and interacting. In a way, the people behind Moonfruit have connected and engaged their audience, and with valuable incentives to boot. Perhaps the only mistake here was that their popularity took the better of them, and they were viewed as having gamed the system. That is, they have taken advantage of the numbers on a system where numbers play a big part in saying what’s important or not.

What’s wrong with this concept of “Twitocracy,” then? Maybe it’s the fact that any numbers system can be gamed. Think of Digg. Think of Google. In the olden days, people used to be able to easily game these two, and other similar services. For instance, Digg is quick to update and refine its algorithm for pushing articles up to front page. But in its early stages, just a hundred or so votes within a given period of time will be enough to frontpage an article. The administrators probably thought marketers would easily take advantage of these to drive traffic to their sites.

Google is another example. While their algorithm for PageRank and search engine results is probably more secret than the formula for Coca Cola, the search engine optimization industry is still thriving. Some Google insiders openly speak against SEO, highly favoring what is thought of as a more natural or organic way of optimizing webpages, which is by creating good content and a good information structure.

Twitter is, undoubtedly, a simpler and more straightforward platform than the two above-mentioned online services. You post “tweets” or updates. You get a network of friends and followers. Popular keywords get trended. But it doesn’t stop there. The wide array of third-party applications and services that build upon Twitter take advantage of the fact that the service is such a rich ocean of data that the possibilities for mining these are practically endless.

And then there’s the issue of things being a numbers game. He who gets the most followers would be considered god-like. The keyword or topic that gets discussed by the biggest number of people deserve a mention in the veritable trending topics list, whether it’s an important world event or simply a trivial word or phrase. Or worse–an explicit or obscene word. And if abused, this could render the entire thing useless, or at the very least less usable.

It’s like saying open comments are good. But when you get deluged by spam, you start moderating.

So does Twitter have marketing potential, even with the problems posed by playing the numbers game? Yes–and as I earlier mentioned, it’s about connecting and engaging your audience. And this is among the things I’ll be discussing on this new weekly Tuesday Tactics column.