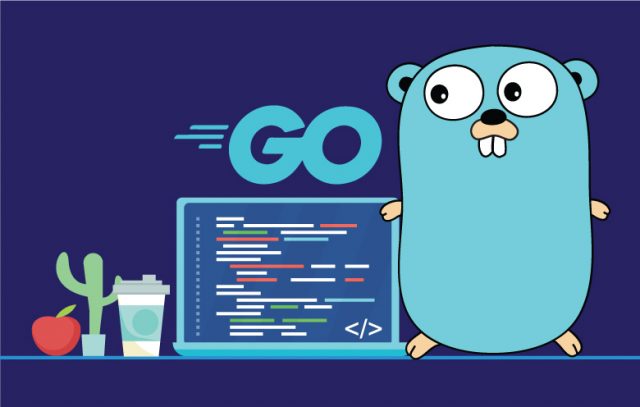 Before diving into the intricacies of the language, it’s worth understanding where it came from and how long it took for it to become the new hit of the programming world.

Go itself was developed in 2007 and released in 2009 as an open-source programming language. It was designed to overcome the complexity of modern server-side languages such as C, C++, and Java. The developers who created it felt that server languages had not evolved enough since their inception.

The widespread introduction of multiprocessor computing gave them the idea of creating a modern backend language that could leverage multiprocessing and solve complex cloud computing problems.

It’s also worth mentioning that Go was created by Google developers, who now support it. With one of the largest companies in the world behind it, the language is definitely not going anywhere anytime soon. Big companies like Dropbox, Soundcloud, Docker, and the BBC also use the language.

Golang is a compilable language, which is reflected in speed but feels interpretable in simplicity. You can write code quickly along with high compilation speed. A backend language that allows you to write and compile code quickly saves companies time and money during the entire application build (even though Go developers get paid a lot of money).

Golang documentation is very extensive and updated quickly. The learning curve for the standard library and writing an HTTP server is much gentler than for Java, JavaScript, or Python.

Golang is also quite limited. Some people like it, some people don’t. There is only one test framework built into the language, and there seem to be only a few ways to solve problems and build applications. This is probably a good thing since there is almost a manual that everyone can follow. This in turn saves a lot of time and helps create a simple plan of action when building a new application. This is because there are very few data structures in the language other than map and slice. Compared to Ruby, the sheer number of methods and different ways to accomplish the same goals or tasks can be daunting and lead to confusion when others read the code.

Parallelism is a big plus for the language. It’s written about everywhere. Parallelism is essentially breaking up a large application into small programs that run simultaneously. This means that Go can run a thousand mini-programs within a monolithic program, while maintaining impressive speed, and handle a huge number of requests at any given time.

Last but not least is the salary range. Golang developers will clearly continue to grow in 2021 and the Golang development company will be gaining more and more speed.

Although Golang is not a functional programming language, but a highly developed compilation language, many of its features allow functional principles to be applied to development. Extremely fast, easy to maintain, and efficient, Go has all the advantages needed for distributed systems because it can handle multiple parts of the blockchain simultaneously.

Golang is the language underlying most of HyperLedger Fabrics chained code, a large-scale distributed ledger platform that is curated and operated at the enterprise level. HyperLedger Fabrics architecture is the basis for the most popular smart contract solutions. In fact, it has become the de-facto standard in the market and is being adopted by the largest companies. Golang is also used by the developers of the Loom Network, a decentralized online gaming platform.

Go is still young enough to have a definite perspective. However, many already see Go as a modern or even cutting-edge language that contributes to the development of programming languages in general. Even if you’ve been a long-time supporter of a particular programming language, Go can offer you many new tools that will broaden your horizons or even make you want to develop applications in Go. You will spend minimal time (up to a couple of days) getting to know the syntax of this language, so even if your expectations of Go are not met, you will have an interesting and valuable experience.